This year, NOAA is celebrating 50 years of science, service, and stewardship. (To learn more, visit noaa.gov/noaa-50th-home.)

The number of coastal sites NOAA’s Office for Coastal Management protects and uses for scientific study and education through the National Estuarine Research Reserve System (covering a total of 1.3 million acres).1 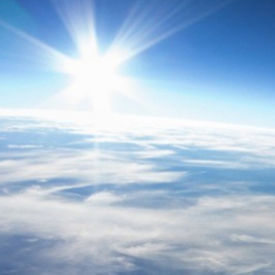 The amount coastal communities contribute to the U.S. economy annually—46 percent of the nation’s economic output.2

The number of coastal states participating in the National Coastal Zone Management Program—implemented by the Office for Coastal Management. Between 2012 and 2017, coastal management programs helped 1,165 communities prepare for coastal hazards.2

These were America’s first agencies dedicated to physical science, atmospheric science, and conservation.3

NOAA’s scientists and technology have been making breakthroughs since the agency’s beginnings. These are just some of the ones considered momentous.4

With the Coastal Zone Management Act of 1972, Congress officially recognized the importance of the nation’s coasts and Great Lakes, and the associated challenges. The goal continues to be to “preserve, protect, develop, and where possible, to restore or enhance the resources of the nation’s coastal zone.”

Over a Decade of Digital Coast

The Digital Coast was developed to meet the unique needs of the coastal management community. The website provides not only coastal data, but also the tools, training, and information needed to make these data truly useful. First released in 2007, the site currently includes 5.5 trillion points of lidar, 37 terabytes of imagery, 800,000 square miles of land cover, over 70 tools with over 140 use examples, and more than 100 training opportunities.

The Digital Coast benefits from the Digital Coast Partnership, a prestigious group of organizations that represent the website’s user groups and provide guidance and user insight.5

Since its establishment in 1870, the National Weather Service has continuously changed the way Americans understand the atmosphere on a daily basis. Each year, the service collects 76 billion weather observations, issues 50,000 forecasts and warnings, and operates 18 weather satellites.7

NOAA’s Coral Reef Conservation Program—which is jointly overseen by the Office for Coastal Management with a few other NOAA offices—was established in 2000 by the Coral Reef Conservation Act to protect, conserve, and restore the nation’s coral reefs by maintaining healthy ecosystem function. Each year, NOAA supports our coral reefs, which provide $3.4 billion in services, through conservation. These same reefs prevent $94 million in flood damages.8