The term “marine jobs,” used below, covers the U.S. oceans and Great Lakes and is based on the most recent data available (2018) from the Marine Economy Satellite Account data set, a joint project between NOAA and the U.S. Bureau of Economic Analysis.

$373 Billion in Goods and Services 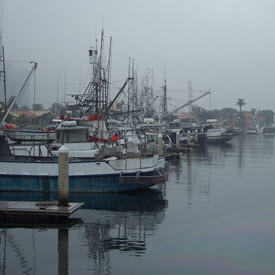 Each year, the marine economy produces $617 billion in sales—significantly more than agriculture, data processing and internet publishing, or utilities.

Sales within the marine sector grew by 7.5 percent in 2018 over the previous year. In comparison, the national economy grew by 6.1 percent. The following four sectors within the marine economy accounted for 89 percent of its 2017 to 2018 growth:

A Variety of Industries

(*This sector is still under development and the current results do not reflect the entire sector yet.)

Data Source: Ocean Economy Statistics. Nominal statistics only. Not adjusted for inflation. For marine economy statistics on a state and county level, see the ENOW database.