The United States produced $1.5 billion worth of aquaculture seafood in 2017, and the top U.S. marine aquaculture species were oysters ($186 million), clams ($129 million), and Atlantic salmon ($61 million). 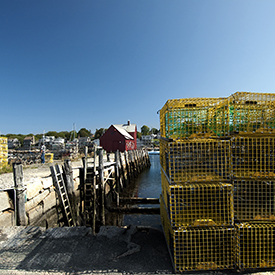 The U.S. aquaculture industry produced 626 million pounds of seafood in 2017.

In 2017, the country’s seafood industry supported 1.7 million jobs and contributed $212 billion in sales.

The United States ranks 17th in the world’s total aquaculture production. A compelling case can be made for growing more seafood domestically; the U.S. imports 90 percent (by value) of its seafood, more than half of which is grown via aquaculture in other countries, and Americans are the industry’s third largest consumer in the world.

In 2018, the average American ate 16.1 pounds of seafood. The U.S. is the world’s second largest consumer of seafood after China.