The information below includes the most up-to-date data available; statistics are for 2018 unless otherwise noted. 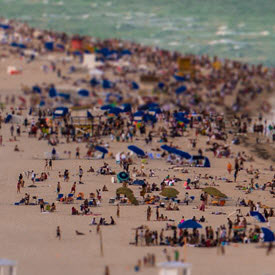 From 1970 to 2010, the population in coastal counties increased by 34.8 million people, or approximately 40 percent.2

If the nation's coastal counties were an individual country, it would rank third in the world in gross domestic product, surpassed only by the United States and China.4

California tops the coastal populations chart with 26.7 million people living in coastal counties, followed by New York with 16 million, Florida with 15.8 million, New Jersey with 7.1 million, and Texas with 6.8 million.5

Approximately 40 percent of Americans living in coastal counties fall into an elevated coastal hazard risk category. These include children, the elderly, households where English isn't the primary language, and those in poverty.7

The basic geographic footprint for the data represented on this page is a suite of “Coastal Shoreline Counties” determined by using the Federal Emergency Management Agency's definition, which states that a coastal county must